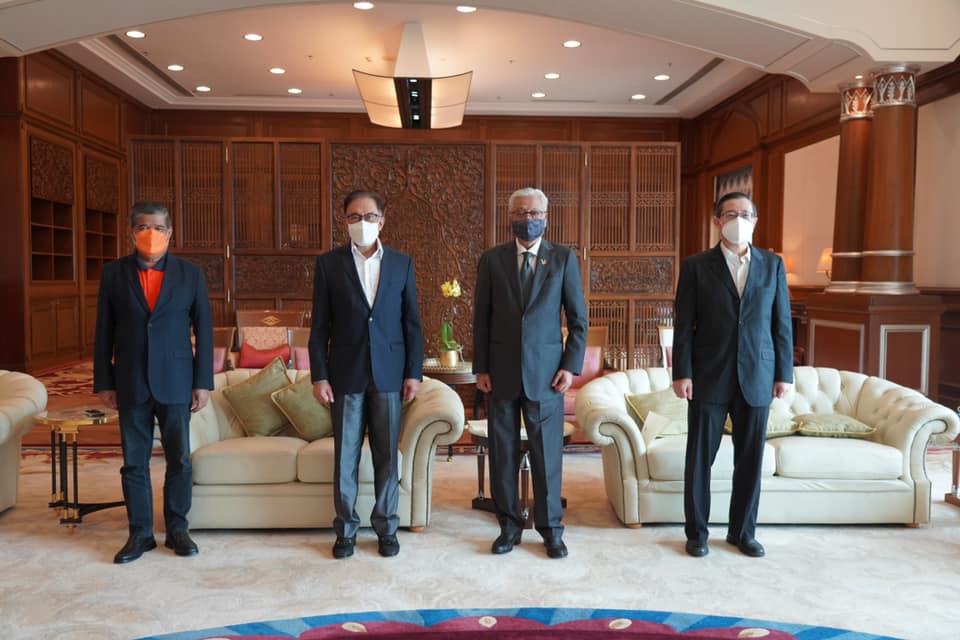 Five-day old Prime Minister Ismail Sabri has submitted his much-anticipated list of Cabinet appointments to be green-lighted by the King.

The nation waits as the new Prime Minister addresses his dilemma of taking a leaf out of his former bosses books – Najib and Muhyiddin – or developing his own Third Way.

Scandal-ridden Najib opted to hold the keys to the coffers and hold the ultimate power. Ultimately, he paid the biggest price when the funds were misused as he now faces jail time.

Muhyiddin used a twin-pronged strategy of proxies for positions he held close to his heart – finance and education – and henchmen to keep his hands clean. The strategy of four senior ministers which started off well were essential to manage a fragile coalition but ended in a disaster.

To strengthen his coalition in less democratic ways, Muhyiddin deployed the services of Minister of International Trade and Industry Azmin Ali and Minister of Home Affairs Hamzah Zainudin who worked in tandem to turn Muhyiddin’s minority government on 1st March 2020 to a slim majority.

They got to work with on-the-fence PKR members representing the constituencies Julau, Lubok Antu, Kuala Langat, and Tebrau who quit the party.

While these two strengthened Muhyiddin in the first phase of his premiership, the first major blunder came in the failed Sabah coup.

Hamzah and Nardin Awang, Muhyiddin’s political secretary, did the leg work after the shackles were taken off former Chief Minister Musa Aman, to acquire support from state assemblypersons in Sabah.

While taking the long route to win Sabah, that was the point Muhyiddin began to lose grip on the country.

Quarantine rules for politicians were laxed by Ismail Sabri, then Senior Minister for Defence, causing a massive spike in cases from Sabah to the whole country.

This was also a pivotal moment in the break in relationship of Azmin and Hamzah, as both shirked blame for the Sabah misstep. That relationship has only worsened till today.

This full-time behind-the-scenes work caused the full-time responsibilities of MITI and Home Affairs to be largely abandoned.

Since his appointment, Ismail Sabri found himself in a similar situation to the beginning of Muhyiddin’s reign: a hairline majority with the tables having turned.

Instead of UMNO, Bersatu began finding ways to put the newly-minted Prime Minister in a tough spot.

However, instead of trading Cabinet posts in return for time to govern, Ismail Sabri has shown he will not copy from the Muhyiddin Playbook by using less democratic ways to achieve this goal.

His first order of business was the beginning of a masterstroke agreement with the largest opposition bloc, Pakatan Harapan. In that joint statement, he neutralised a few threats from within his government.

First, any potential pull-out by Azmin Ali will have no effect on Ismail Sabri’s majority as he now has 88 additional votes to pass a budget or confidence vote.

The Prime Minister’s joint statement stressing the independence of the judiciary also slammed the door shut on any sabotage by the infamous court cluster.

Najib, Zahid, Ahmad Maslan and the others facing potential jail time have to now follow the process and defend themselves in court, not avoid hearings with half-baked excuses.

To have a peaceful and effective premiership, Ismail Sabri has to keep both Azmin and Hamzah as far away as possible from the Deputy Prime Minister’s office.

Having had a short stint in Azmin’s office, I’ve come to learn that he is one of the most meticulous people I’ve ever met. However, the former PKR Deputy President has lost his moral compass and is only content if he holds the keys to power.

Hamzah meanwhile is a consummate deployer of the dark arts and is not primed for a Deputy Prime Minister’s post.

However, while Hamzah is still seen as an UMNO Trojan Horse, Ismail Sabri needs Hamzah to secure Bersatu’s support and keep on track longer-term plans for a UMNO-Bersatu merger.

Additionally, Ismail Sabri is the first Prime Minister who is not a party boss. If he harbours any ambition to keep the top job beyond the 15th General Elections, the Prime Minister will need an ally in the Home Affairs post to ensure the UMNO elections are held before too long.

This could also force him to go back to Najib’s strategy of holding the finance portfolio in order to soften and open the hearts of UMNO division chiefs.

While the early days are murky, Ismail Sabri has a few minefields to avoid which will buy him time to govern.

If he can keep his cabinet performing, deliver on the reform promises to the opposition, weed out the corruption in UMNO, a full-term premiership won’t be out of his grasp.