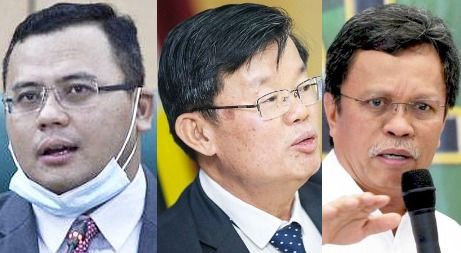 After the 14th General Elections, Chief Ministers throughout Malaysia took a back seat as the federal government took the headlines after a change for the first time in history.

All Chief Ministers except Sarawak were newly-appointed and competed for airtime as well as finding renewed ways of working with the federal government.

If you weren’t working in politics, you’d be hard pressed to name all the Chief Ministers without hitting ‘search’ on Google.

However, the COVID-19 pandemic has piqued the public’s interest towards Chief Ministers due to the flaws of politicians in the federal government.

Without the professional leadership in the Ministry of Health, we would be in dire straits.

There are two aspects which has seen states depart from Tan Sri Muhyiddin Yassin’s administration in containing and managing COVID-19; the stimulus packages and the Movement Control Order.

Firstly, Tan Sri Muhyiddin’s RM250 billion dollar stimulus package failed the audit test after a deeper dive showed only RM22 billion or 8.8% was through direct cash assistance to people while the remained were through a mix of grants and loans.

On the other hand, state governments adopted the helicopter money approach to resuscitate their respective economies which were on life support.

Selangor led the way in the peninsula by providing a combination of tax exemptions, rental waivers and cash assistance to day traders who lost their income as stores could not operate during the Movement Control Order.

Penang was also quick to step in and help their trishaw riders and taxi drivers with cash assistance as tourism was paused, while also helping e-hailing drivers in the state.

Sarawak too rolled out a whopping assistance package which included utility bill rebates of up to 25% monthly and extended the rental waivers for state housing schemes to 6 months, among other measures.

The initiatives by these and other states like Kedah, Malacca, Negeri Sembilan and Johor went straight to people’s pockets, especially those who earned salaries daily at a morning or night market, or council-operated food courts.

These were glaring omissions on the federal government’s part even in the latest package announced by Tan Sri Muhyiddin Yassin on 5th June 2020.

In comparison, 75% of Selangor’s two stimulus packages came in the form of direct cash or payment waivers versus the federal Prihatin’s 8.8%.

Next, Tan Sri Muhyiddin Yassin extended the Movement Control Order to 12th May 2020 in his announcement on 23rd April[1] 2020.

He then decided to replace the MCO on 10th May 2020 with the Conditional Movement Control Order which was slated to run till 9th June 2020.

Bizarrely, the CMCO allowed dining in at restaurants as well as certain sporting and recreational activities to resume.

In response, state governments pushed back with the federal government’s orders in various forms.

This included states politically aligned to the Muhyiddin administration in Kelantan, Pahang and Sarawak – all in unison stating that the health and welfare of their people had to be prioritized.

Similarly, Selangor Chief Minister Dato’ Seri Amirudin Shari opted for a soft landing instead of a crash landing approach by implementing a modified version of the CMCO which disallowed dining in and certain recreational activities.[2]

Azmin Ali, Minister of International Trade and Industry retaliated by claiming these state governments were unconstitutional and threatened the possibility of states being sued.[3]

He was a former Chief Minister himself.

However, no state government faced legal challenges as the Federal Constitution is clear on the shared responsibility of state and federal governments which includes health and safety policies.

In hindsight, the proactive and bold moves by these Chief Ministers proves their decisions were vital in containing the spread of COVID-19 and these policies were driven by data and science, not politics.

As a result, we have seen the national COVID-19 infection rate drop tremendously over the past month with economic activity being reopened under strict guidelines and procedures.

This pandemic has strengthened the case for more responsibility and funding to be given to state and local governments, especially at times of crises.

It also shows that when the federal government errs, state government can and will not shy away from stepping up to the plate.