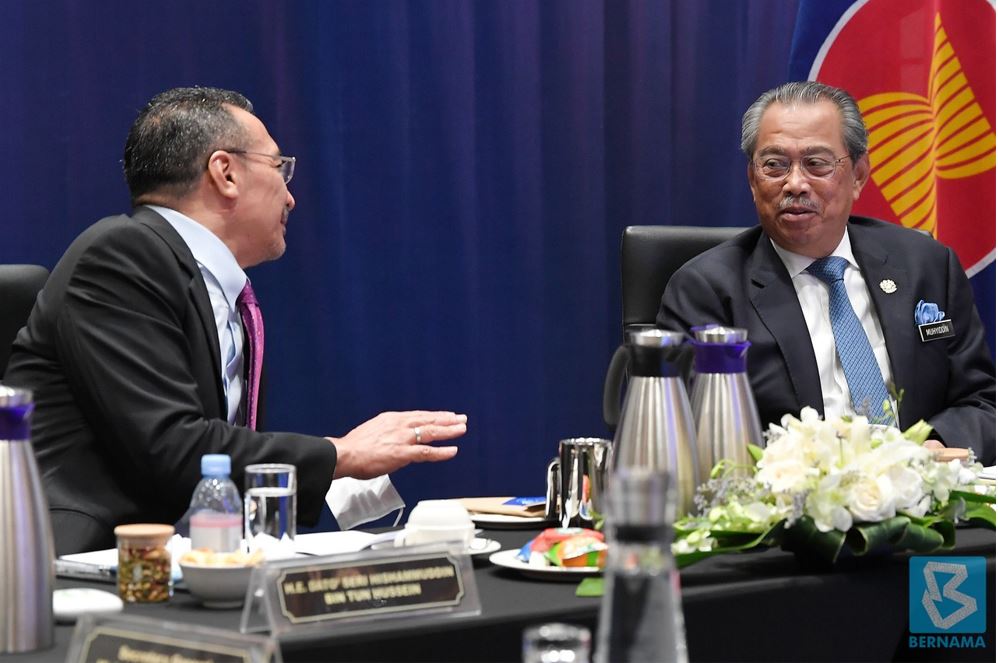 Today is a make-or-break day for Malaysia’s immediate future.

As I write this, the country is at a standstill with rife reports that Tan Sri Muhyiddin Yassin will finally tender his resignation after 533 days as Prime Minister.

As a result, the rumour mill is on overdrive about Malaysia’s 9th Prime Minister.

Meanwhile, the opposition bloc named their candidate of 21 years Anwar Ibrahim and recently hinted at the possibility of former Sabah Chief Minister and current Warisan president Shafie Apdal as an alternative, after the largest opposition party DAP, called for both to work together to restore the 2018 General Elections mandate.

Two-time Prime Minister Tun Mahathir is said to be disinterested to take up the job for a third time.

The Perikatan cohort camped yesterday at the Royale Chulan hotel with Ismail Sabri heading numerous efforts to shore up his numbers, while also stepping out to meet with Mahathir for support.

Amidst the volume of speculation, Muhyiddin remains Prime Minister.

However, if and when he resigns, it is paramount to address the national political deadlock Malaysia continues to find itself in after Muhyiddin pulled Bersatu out of Pakatan Harapan on 23rd February 2020 and Azmin Ali following suit by taking 10 Members of Parliament with him.

As things stand, the opposition have 105 MPs while the seemingly shortlived Perikatan Nasional government led by Muhyiddin have 100 MPs at most after 15 UMNO representatives withdrew support for Prime Minister evidenced by letters to the King on 30th July and 4th August.

Beginning of the End

Muhyiddin’s first year saw the enlarged roles of Azmin Ali and Hamzah Zainuddin behind the scenes, negotiating and arm-squeezing treacherous deals to ensure the Prime Minister had sufficient support to govern.

The first big misstep for this duo was forcing the fall of Sabah State Government which kicked off with 46 charges against Musa Aman being dropped . Musa’s attempt at a coup was thwarted by Shafie, leading to state elections in Sabah.

Due to poor governance of the polls, COVID-19 cases spiked, special rules allowed Perikatan members to get away with flouting SOPs while everyone else paid the price.

After declaring emergency on 12th January 2021, Muhyiddin displayed an inadequacy to govern with confidence.

He followed up with another piece 3 days later calling for a ‘renewed approach to politics’.

Never in recent history has the government’s chief international representative come out publicly to criticise his Prime Minister’s policies.

From that point forward, forces within UMNO seemed emboldened in their approach to bring down Muhyiddin, and the writing was on the wall.

In response, Hishammuddin sought concessions from Muhyiddin. UMNO MP Nazri Aziz then threw his support on 2nd July 2021 after being one of the Prime Minister’s most vocal critics since last year.

5 days later, on 7th July, Ismail Sabri was promoted to Deputy Prime Minister while Hishammuddin was given a Senior Ministerial role, bizarrely placed in charge of Security while still holding the Foreign Affairs portfolio.

This marked the binning of Azmin and Hamzah as Muhyiddin’s trusted operators in favour of Ismail Sabri and Hishammuddin.

Nazri Aziz managed to juggle duties between Padang Rengas, Kuala Lumpur, and Paris as he was tasked with acquiring statutory declarations to allow Muhyiddin to remain as Prime Minister.

Since that moment, UMNO has been teetering on the brink of collapse.

On one hand, they are represented by infamous ‘court cluster’, with convicted criminal Najib Razak poking fire at every opportunity, Zahid also facing at least 40 criminal charges, while Ahmad Maslan is waiting for his day in court.

Of the 15, Azalina Othman, Deputy Speaker of the Dewan Rakyat, seems like the only sane one.

On the other hand, Hishammuddin is said to represent the more middle ground in UMNO, along with self-professed progressive Khairy Jamaluddin, Halimah Sadique, and Reezal Merican, among others.

Muhyiddin attempted a last-ditch effort to take up the opposition’s Confidence and Supply Agreement – mooted publicly by Tony Pua, Ong Kian Ming, and privately by others – which received a nearly unanimous public pushback.

This was primarily because people felt it was too little, too late, lacked sufficient dialogue, and based on insincerity, as Muhyiddin can no longer be deemed trustworthy.

Even members of Cabinet were left in the dark of Muhyiddin’s proposals to garner opposition support.

I too have massive reservations against that arrangement but will share in more depth in another piece.

While being cognisant of the role Hishammuddin played in tandem with Azmin to bring down the Pakatan Harapan government, there is a greater purpose at hand
to begin correcting the wrongs of the past.

It is in these MPs in UMNO led by Hishammuddin where I see the key to breaking this national political deadlock which can put an end to this impasse, in the short term at least.

Because whichever way numbers are drawn up based on the current battle lines, the new Prime Minister will be faced with troubling thoughts every morning if he has enough MPs in his government.

The current political practices largely based on chauvinism of race as evidenced by the Perikatan experiment has proven to be a disaster. However, the opposition is not blameless in this.

This has put us at a new crossroads to an uncertain future. The way ahead is not charted.

To move forward, instead of racial nationalism, we need to fight for Malaysian nationalism.

And herein lies the window for Hishammuddin to grasp the opportunity to make the dreams of his grandfather, Onn Jaafar, a reality.

Labelled as a man ahead of his time, Onn quit UMNO on 26 August 1951 after founding the party, as his proposal to open the UMNO platform to all races was rejected.

Tun Hussein Onn, Hishammuddin’s father, wore the tag of Bapa Perpaduan, Father of National Unity, as he carried the traits of his father.

As Deputy Prime Minister, he said “I would rather be politically unpopular than fail in my duty; what is one’s political future compared to one’s responsibility?”

He too quit UMNO and joined forces with Tunku Abdul Rahman to register UMNO Malaysia which was rejected by the courts in February 1988.

It is now dependent if Hishammuddin follow in the footsteps of his grandfather and father, and muster the courage to leave the sinking UMNO ship, form a pact with the opposition in the quest for an agenda for common humanity.

He must swing straight for the fences and not swing the other way as he will not have a higher political future by continuing to fight on ancient battlegrounds after the real struggle has moved on.

Without Hishamuddin’s support, Ismail Sabri will not make it as Prime Minister. Of the 23 MPs with Hisham, a number will outrightly reject this idea. But there is sufficient wiggle room for the self-professed progressives to come out now.

I understand that such a proposal will be difficult to stomach for most if not all opposition MPs.

But people are filled with despair and hopelessness as they have witnessed the poverty of morals, ideas, drive, and determination from many of their representatives.

All of us share one common possession: the name Malaysian.

There isn’t a better time to put the failure of national purpose to bed as time is running out.