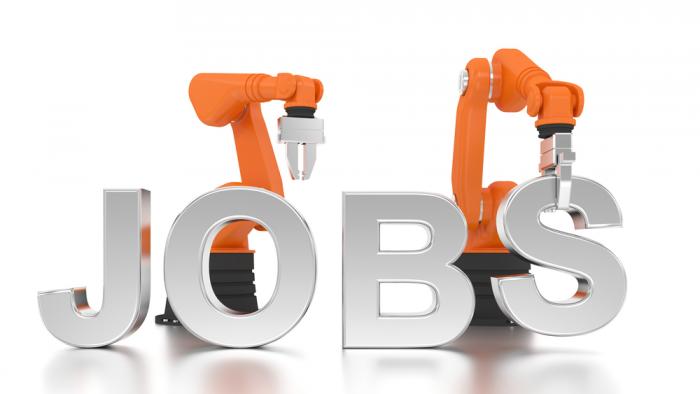 We are suffering now from a bad attack of economic pessimism.

Not my words, but the words of John Maynard Keynes when he wrote ‘The Economic Possibilities for Our Grandchildren’ in 1930.

Looking a century ahead 90 years ago, Keynes said humanity was struggling to chart a bright future as the global economy was still in the thick of The Great Depression.

90 years on, that first line is truer than ever.

The COVID-19 crisis is this generation’s Greatest War and we are not out of the woods yet.

To have some semblance of normal activity, we have seen the acceleration of digitisation of our daily lives; in buying and selling food, in operating a restaurant and in delivering and receiving goods.

While this has given hope that prosperity in a post-COVID-19 life is possible, governments around the globe haven’t begun to address the biggest question of our times; unemployment caused by the increase of software and machines, or ‘technological unemployment’, as Keynes put it.

Robots will replace around 20 million jobs around the world by 2030, UK-based firm Oxford Economics studied. [1]

And the most severely displaced jobs will be in manufacturing, as each new robot will wipe out 1.6 jobs done by human beings.

However, it will be a double whammy as workers who are replaced in manufacturing and get a new job in transport, construction, maintenance and administration work face the next automation risk.

And the countries most at risk are the ones having people with a lower skillset or where workers do more repetitive jobs.

Industries requiring more human elements like compassion, care, creativity and social intelligence will be more resistant to automation until that one day when the combination of software and hardware is able to completely replace human beings.

Now, automation isn’t a bad thing. Personally, I think it is a prerequisite to achieving humanity’s ultimate goal; a better quality of life for us and the generation to come.

However, the only polity in a position to govern for all – the haves and have nots – is the government.

Companies investing in automation do it for two reasons; to increase production, and to reduce their costs of hiring workers.

A machine replacing a human being does not need lunch breaks, rest, medical benefits, social security insurance or compensation when a company decides to fire a worker. Neither will that machine be part of a union to demand a higher salary at the end of the year.

Ultimately, most companies operate on the notion that it must have enough liquidity and boost share prices because the salaries and bonuses of its board of directors is dependent on these two numbers.

However, if governments approach this vast level of unemployment with an approach of “you’re on your own” economics, the social security system, pension funds and healthcare system will be unsustainable because an unemployed or bankrupt person cannot possibly participate in the economy.

That is precisely why it is prime time for Malaysia to start putting new ideas on the table to deal with a worker who has lost their job.

Regardless, that rate is only going to increase after the loan moratorium ends and people have to begin repaying their loans.

A considerable number of companies could also use this opportunity to go digital and replace their workers in an effort to cut down on costs as they weather the COVID-19 storm.

To deal with this, economists have proposed a Public Equity Fund outside the existing system of taxation, which will comprise a percentage of initial public offerings (IPOs) of tech companies to be placed as shares in this fund.

Profits from this fund can then be used to pay a universal basic dividend to workers, set aside budgets for retraining, relocation and job search allowances, wage insurance and continued healthcare benefits.

Now, at the start, this fund will of course be small but it can only increase over time, and is a counter-proposal to a universal basic income which could be unsustainable as it is within the existing taxation system and can only increase if taxes go up.

And increasing taxes as we face a recession will lead to deflationary forces rising as people will reduce their spending, keeping whatever little they have left in their bank accounts.

Renowned economist Mariana Mazzucato has mooted the idea of a green fiscal stimulus to put the government’s money into green, clean technology which can reduce costs over the long run to consumers while also tackling climate change. [3]

Ultimately, the choice is in our hands. Do we desire a Star Trek-like future where humanity and machines live in a mutualistic setting, or let the current trajectory continue into a future similar to The Matrix, where human beings lead a rebellion against the machines?

My choice is clear.